As an asynchronous event driven JavaScript runtime, Node is designed to build scalable network applications. In the following "hello world" example, many connections can be handled concurrently. Upon each connection the callback is fired, but if there is no work to be done, Node will sleep. 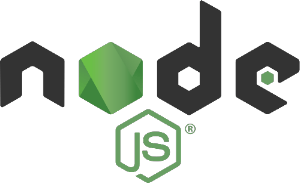 This is in contrast to today's more common concurrency model where OS threads are employed. Thread-based networking is relatively inefficient and very difficult to use. Furthermore, users of Node are free from worries of dead-locking the process, since there are no locks. Almost no function in Node directly performs I/O, so the process never blocks. Because nothing blocks, scalable systems are very reasonable to develop in Node.

Node is similar in design to, and influenced by, systems like Ruby's Event Machine or Python's Twisted. Node takes the event model a bit further. It presents an event loop as a runtime construct instead of as a library. In other systems there is always a blocking call to start the event-loop. Typically behavior is defined through callbacks at the beginning of a script and at the end starts a server through a blocking call like EventMachine::run(). In Node there is no such start-the-event-loop call. Node simply enters the event loop after executing the input script. Node exits the event loop when there are no more callbacks to perform. This behavior is like browser JavaScript -- the event loop is hidden from the user.

HTTP is a first class citizen in Node, designed with streaming and low latency in mind. This makes Node well suited for the foundation of a web library or framework.

Just because Node is designed without threads, doesn't mean you cannot take advantage of multiple cores in your environment. Child processes can be spawned by using our child_process.fork() API, and are designed to be easy to communicate with. Built upon that same interface is the cluster module, which allows you to share sockets between processes to enable load balancing over your cores.

Everything that you need to build the website you have been dreaming of. With over 190 templates, 45 languages, responsive design, e-commerce tools, and many plugins included at no additional charge. Rest assured, you could get that website that you have dreamed of up fast and with ease. Included at no cost, build as many different websites that you need to. Check out our full-featured demo using this demo link.

Over 200 Ready To Go Applications

With over 200 applications like WordPress, Joomla, Magento, Drupal, you are only a few clicks away from getting your website(s) live on the web. Not only are they easy to install, we can keep them up to date for you. When using applications on the internet, it is vital to keep them up to date, especially open-source scripts. With Sectorlink's application installer, you can choose to have your applications monitored and have them updated automatically when new updates are released.

If you have never used Sectorlink before, there is no risk to give us a try. We want to make sure that you are 100% happy with our services and support. View our 30 day money back guarantee by clicking on this link.

Sectorlink extends a 30-day money-back guarantee to all new Web Hosting, Cloud Web Hosting, Cloud Server (VPS), Colocation and Dedicated Server customers.  This service guarantee shall begin on the date of sign-up and will expire thirty days later.  If you choose to close your account within 30 days, we will issue a refund back to the form of payment used at sign up.  Refunds exclude setup, labor, SSL certificates and /or domain registration fees. In the event that your account has been suspended/terminated due to any terms of service violations, the 30-day money-back guarantee will be void.

Anything less is not much of a guarantee. We place our uptime guarantee on every part of our service that could affect your online presence. View our guarantee to you by clicking here. 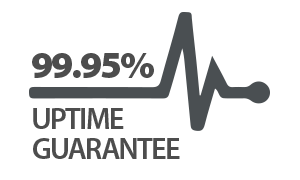 If a service outage should occur, we will issue a credit to your account for the time of the outage based on the SLA Availability chart below.  Credits are calculated based on a 30 day calendar cycle corresponding to your billing cycle.

Receiving your credit is as simple as sending an e-mail to billing@sectorlink.com within 30 days following the outage in order to process the credit.

With over 20 years of hosting experience, we also own and operate our data centers. This allows for quick response times when you need us. Always giving you that personal touch our customers .

Our in house support staff is here to assist you with your needs 24 hours a day 365 days a year. No outsourced support here. We are here when you need us via phone, chat, and/or e-mail.