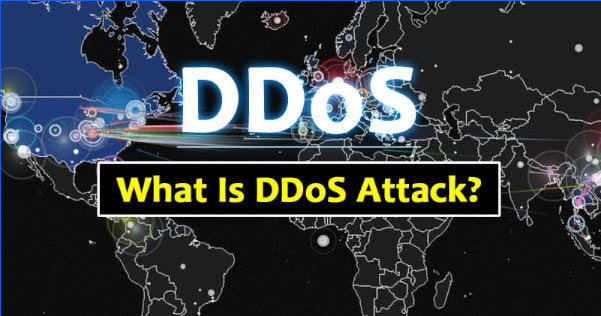 According to Cloudflare, "A distributed denial-of-service (DDoS) attack is a malicious attempt to disrupt normal traffic of a targeted server, service or network by overwhelming the target or its surrounding infrastructure with a flood of Internet traffic. DDoS attacks achieve effectiveness by utilizing multiple compromised computer systems as sources of attack traffic. Exploited machines can include computers and other networked resources such as IoT devices. From a high level, a DDoS attack is like a traffic jam clogging up with highway, preventing regular traffic from arriving at its desired destination."

A DDoS is illegal under the Federal Computer Fraud and Abuse Act. Violators are subject to prison up to 10 years and a fine up to $500,000.00, Yet despite this, DDoS attacks continue to occur. So What is the goal of a DDoS, and what steps can you take to help prevent a DDoS from happening?

The Goal Of A DDoS

Why do these types of attacks happen? Typically, DDoS attacks are made to flood the target with so much information that it causes a bottleneck, thus not allowing any other network traffic to occur. There are a few reasons why this happens.

How To Help Prevent A DDoS

There are a few things that are done to help prevent a DDoS. Most internet businesses have developed a plan against DDoS. This typically includes a way to determine what IP address(es) is(are) being attacked and then adding rules to instantly drop/block the traffic, as well as contacting their service providers to have the IP address(es) blocked on their end. Also, basic security practices including but not limited to, the complexity of user names and passwords, anti-phishing methods, and secure firewalls. Complex network architecture like the Cloud also helps. Geographic network complexity (i.e., servers in multiple locations) helps as well.

Other DDoS prevention methods include hiring a third-party service that helps prevent customer data breaches, third party bot abuse and help mitigate DDoS attacks, such as Cloudflare. Another way is utilizing hardware developed by networking companies that have developed routers and other network equipment to help fight against DDoS.

Most importantly, early threat detection analysis is critical. For example, noticing a website under a minor attack could be a prelude to a DDoS.

Network companies must always be vigilant against a DDoS attack. While a DDoS may not always be prevented, if you take the right steps to help minimize a DDoS, your downtime can be minimal.

If you have any questions or concerns, feel free to contact us.